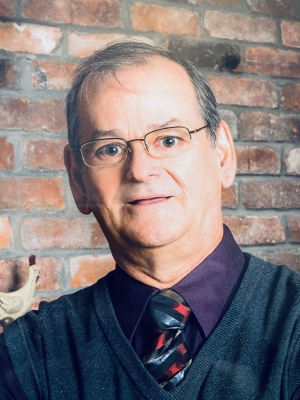 A celebration of his life will be held at a later date that will be announced.

Passed away, after a long heroic fight at the BMP hospital in Cowansville, on December 29th, 2020, at the age of 70, resident of Cowansville formerly from Granby, husband of Mrs. Sharon Ann Agoney, son of late Edward Landrigan and late Elsie Jane Parr. Besides his loving wife, he is survived by his children; Monica(Chuck), Stephanie (Stefan), Connie (Gary) Vickie (Michael), Brianna, his stepchildren; Nicole(Mark), Matthew and Anthony, his grandchildren; Kasandra, Emily, Serenity, Fletcher Daniel, Gary jr, Allison, his great-grandson Carver, his brothers, his sisters, brothers-in-law, sisters-in-law, his nieces and nephews, and other relatives and dear friends. Arrangements entrusted to the : Complexe funéraire BROME-MISSISQUOI 402 rue de la Rivière, Cowansville, Qc 450 266-6061 complexefuneraire.ca

I will miss you every day for the rest of my life. Give mom and dad (Pat and Carol) a big hug and a kiss for me. XOXO

You will be loved and missed forever and ever. You were the best father a daughter can have and an amazing grandfather. You loved us all so much. Love you daddy. Xoxo

I had a good time coaching hockey with Dan and working with His daughter Monica. He was a fun guy from the time I spent with him and I think he really loved his girls his family.

So sorry to hear of Danny?s passing He and I along with Eddie worked at Zellers many years ago My deepest sympathies to all the family

my deepest sympathy to the families.

Pics and memories........camping, hockey, golf and hunting. Be sure to say hi to Mum and Dad, Pat and Carol and a special hug for Matt......strong enough to feel it down here. Love ya. ?

Get Russ to help you track down everyone, he?s waiting with fries.....

Dan was my boss at Plastube for several years. I will remember him like a verry human and comprehensive person who also likes to have fun. My deepest sympathies to the family. Xox

Always enjoyed joking around with him when he came by when I was working with Sharon. Always a hoot and a half and just an outstanding guy. Thoughts, prayers and hugs to his family. Rest easy, Dan ??