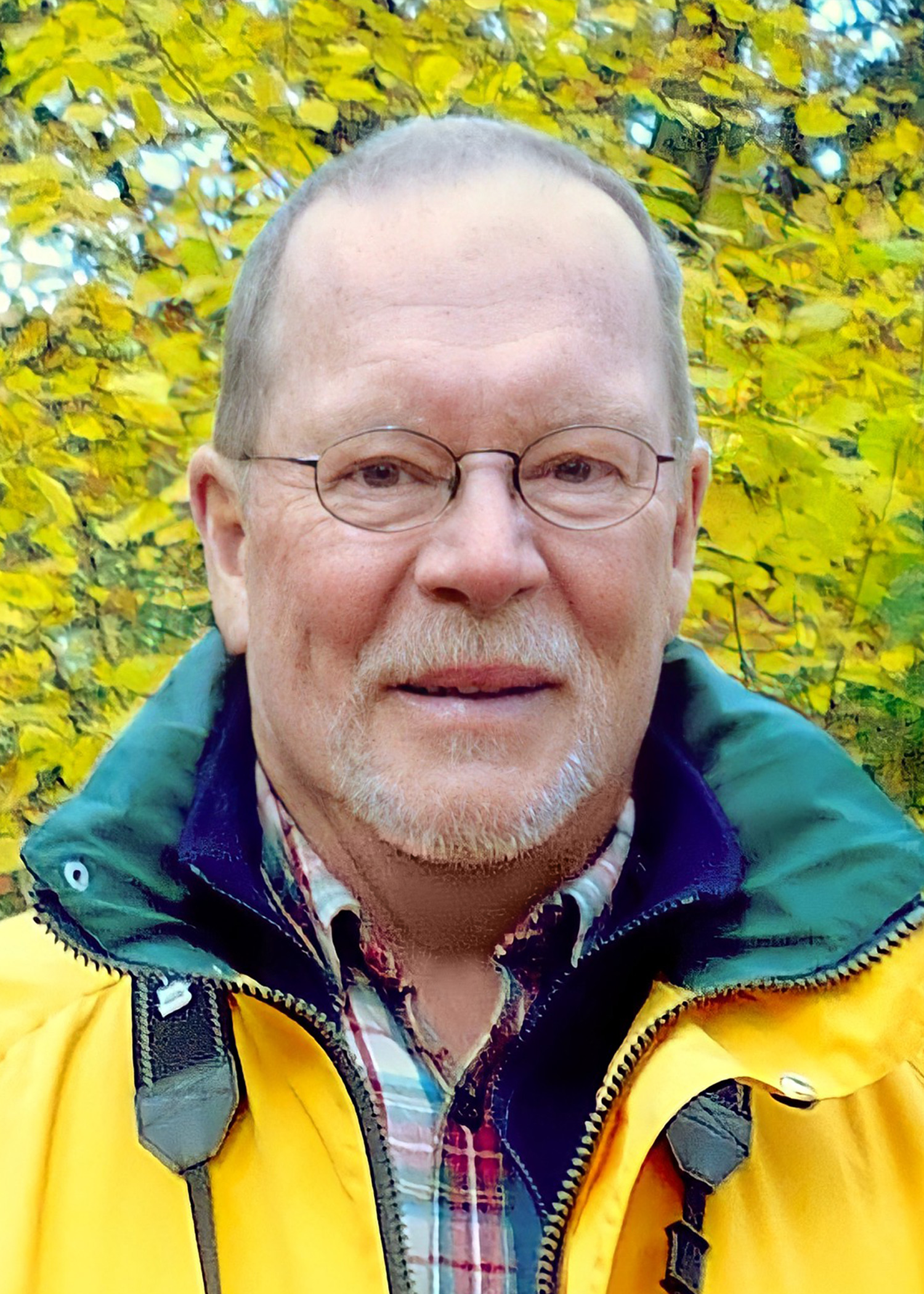 A private service will take place at a later date.

Look up at the sky tonight, through the darkness, as the stars begin to reveal themselves, to one of sublime brilliance when he takes his place among those who went before him.

James David McGill “Jimmy”, our lodestar, died on May 11th with the love of his life, his soulmate of 43 years, wife Diane (nee Duckworth) by his side, as always.

Born on the 12th of March 1944 in Quebec City to Betty McGill (nee Hanrahan) and Lt. Commander David McGill, RCN. Jimmy’s younger sister Betty Ann (the late Jim Martin) and brother Peter McGill (Daw Neal) adored him and always felt a part of his orbit, regardless of time and space. As kids, Jimmy never seemed to mind that Betty Ann would tag along wherever he would go, even if it meant sneaking into his class photo. With Jimmy, family came first. Peter, six years his junior, was a teen when Jimmy and friends would invite him to join them at the races down at Mosport, their difference in age mattered little, Jimmy loved Peter’s company. Later in life, after Peter moved to Thailand, Jimmy, Diane and Betty Ann made several trips to visit him and his wife Daw. Jimmy treasured the moments of being in the same place at the same time with everyone.

Jim had a gift for shining a light on the important things in life.  From an early age he taught his younger siblings, about kindness, curiosity, creativity and empathy. When their mum died too soon, he told them thoughtfully, that their sadness was a measure of the happiness they had felt when she was alive. And when their dad suffered a traumatic brain injury some years later, Jim and Diane nurtured him back to health, at the home they’d built in Vermont on Lake Champlain. They understood the serenity of the afterglow over the lake and the importance of family in healing. So, just a few yards and a koi pond away from their house, they built a tiny cabin for his dad from where, until his twilight years, he could happily sail his boat and smoke his pipe.

A friend of Bill Wilson for 46 years, Jim was grateful for and valued their many mutual friends. He kicked off his 33-year career at Dawson College in Montreal in the early 80’s as an operator for the Computer Science Department, later becoming Manager of Operations and eventually the Assistant to the Academic Dean. It was not only a fulfilling career but set into motion lifelong friendships with many, especially Kieran & Darlene.

When Jimmy’s aunt Gaby started to slow down a bit, he found a cute little flat for her just doors away from him and Di in Montreal and steps from Dawson College. With respect, pride and care, he supported her wish to live with dignity and joy independently.  Jimmy’s gift was his ability to foster her need to live alone while guarding her from ever feeling lonely.

Jim and Di spent their “retirement” years continuing their work to lighten the burden of others. They dedicated much of their time in Vermont, to providing companionship and helping seniors maintain their independence regularly through Meals on Wheels. Championing fellow community members and confronting the effects of poverty, were inherent skills to both of them and they volunteered together at the Food Shelf. Jimmy was authentic and people were drawn to him. He had a gift for helping others see the forest through the trees. He will be missed by deep rooted friends, Bruce, Nancy & kids, Jean, Greg & kids, Rodney, Melissa & kids, who lived literally through the trees, as neighbours, but more like family, in Vermont. In addition to family and friends, and central to Jimmy’s well-being, was good music, good food, adventures, and lots of laughter – preferably served all together. He had a mischievously dry sense of humour. Laughter is the best medicine and served them well when he and Di made the difficult decision to sell their place in Vermont.

Jim and Di’s recent move to Bedford, Quebec, and their introduction to neighbour, Anita, kicked off an instant and cherished friendship. Jim’s family are so grateful for the care and support that Anita provided both Diane and Jimmy in his final moments.

Whether he was aware of it or not Jimmy pivoted from uncle and filled the role of surrogate father and grandfather after his sister Betty Ann’s husband died unexpectedly. He picked up the torch and lit the way for everyone to move forward. With Diane, he supported and celebrated every milestone in his sister’s and nieces’ Kerry Burstyn (Mark Burstyn) & Kris Martin’s (Steve Oomen) lives including walking Kerry down the aisle on her wedding day. The relationship between Jimmy and Kris was a deep one that was entrenched in many things but notably in Jimmy recognizing the grief that Kris had trouble expressing when her dad died – he had a gift of hearing the spaces between words.

Riley, Avery & Jack, his great-nieces and nephew called him Gruncle Jimmy and theirs was a relationship as fun as the name they had given him. They were invited to summers at “Camp McGill” in Vermont and on vacations to the Outerbanks. He sported his Christmas cracker paper crown as long as they did each holiday and serenaded them, with Di, each and every birthday. He taught them that life is good; to enjoy each other’s company, to laugh a lot and eat chocolate whenever possible.

Jimmy captured the subtleties around him. He noticed the ambient sounds as he travelled through life and found no greater joy than to share them with us – creating moments suspended in time. Some of you might remember listening to and watching the hauntingly beautiful phosphorus waves with him at night in Cape Hatteras. Others might reflect on him bringing the majesty of the Milky Way into focus through his telescope. Our time with him has not ended, he spent his life building us a constellation of memories.

Jim was a fine gentleman and a good manager. He was very supportive of our efforts in the Cinema/Communications Dept. to keep up to date. I was aware of his social responsibilities to family and friends and will always admire his honesty and approach to colleagues. A lovely tribute, may our combined memories sustain the family's loss.

Diane and Family, Please accept my deepest condolences. Jim was a very special friend and mentor. Jim and Diane will always hold a very special place in my heart. Their kindness and generosity of time and spirit were an important part of my regaining my freedom and the light in my life. I will never forget my 1st Anniversary and the special cake/celebration they arranged. Jim was a special man and my memories of him will always make me smile. Love to you Diane, I miss you!

Diane, my sincere condolences for the loss of your beloved Jim. A dear man, whose sense of humour I appreciated. Thank you for the beautiful tribute written in this obituary showing the many dimensions of this kind man. Rest In Peace, Jim.

My sympathies to Diane and all the family.

I remember Jim fondly for his patience in showing me how to use WebCT so that students would be able to access course material online. Little did I know how important online knowledge would become for our teaching! But he also used his computer domain for doing good in the wider community. Child Studies had students doing fieldwork in the Montreal Children?s Hospital at the time and the hospital?s volunteer coordinator asked me if anyone at Dawson could help with the computer tabulation of donations during their annual telethon. I asked Jim about it and found out several years later that he had been helping out with the telethon computer needs since that first call. His charity gave Dawson in general and Child Studies in particular a very good reputation with our then neighbour, The Children?s. All of this was done modestly and with no fanfare. His style will certainly be missed!

Jim and Diane were our neighbors but quickly turned into family. Holidays weren?t complete if they weren?t there. Jim we will love you forever. My best life memories always include Diane and Jim Thanks For The Memories.always with a smile.

My sincere condolences. I remember good times with Jim at Noswad and Dawson College.

I met Jim at Dawson College when I was the Photography Store Manager for Dawson Insitute of Photography. At that time we instantly became friends due to our love for Apple and especially the Mac! Jim was at the MacWorld Toronto show when he approached me as I was working for GEnie Online services as well at their trade show. Jim knew this and my involvement with the start of the Internet with the online services. He offered me a new position as the first Macintosh Technician to be hired in the College. I would finally be working with and for him. He was the best friend and boss I could have asked for and I still miss him today! When I heard the news, I cried... My thoughts and prayers are with him and his family. He will be missed.

What a moving tribute to Jim. A wonderful description of his life and his caring nature. Rest In Peace my friend.

Jim was with our Dawson Computer Science Department for a long time. A good man. May God bless him, his family and his friends.

Jim was my first real "boss" at Dawson and I couldn't have hoped for a better one. He and Diane were always kind to me, always friendly, generous, and charming. He made Dawson a place I wanted to be, and introduced me to the best pizza in Montreal! He will be missed. Sending much love to his friends and family, and to Diane in this difficult time.