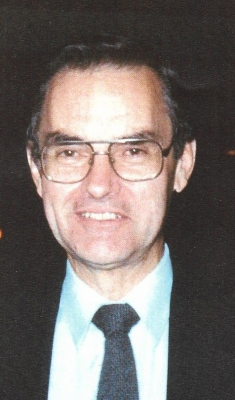 A celebration of Bob’s life will take place at a later date, due to Covid-19. arrangements entrusted to the BROME-MISSISQUOI Funeral Complex in Cowansville, QC.

It is with great sadness, that we announce the death of Dr. Robert John Seymour. Bob was born on the family farm in Durham County ON. in 1933. He graduated from Queens University in Medicine in 1959, did his Residency Training at U of Western Ontario in London, and his Specialty Training inTexas and was on the Teaching Staff at the University of Texas Medical Center. He was a long time member of the McGill University Teaching Staff, served on the Council of Physicians, Dentists, and Pharmacists of the Montreal General Hospital. He was an Associate Professor of Obstetrics, Gynecology and Oncology of McGill, and Director of Gynecologic Oncology at McGill. He was a Charter Member of the Gynecologic Oncologists of Canada, an Examiner for the Royal College of Canada Surgeons, and an Honorary Member of the Canadian Medical Association. Bob loved the outdoors, and outdoor sports, hiking, camping, back-packing, cycling, canoeing, kayaking, skating, Alpine and X-Country Skiing. He was a Volunteer, Instructor, and Member of the Board of Directors of the Adaptive Sports Foundation, a long time member of the Knowlton Lions Club, and a former treasurer of the Canadian Club of Yamaska Valley. Special Thanks to Dr. Jim Gruber at MUHC, and to the dedicated staff at BMP Hospital in Cowansville, especially Dr. Jacques Laplante and Nurses Jo Anne Martin and Marie-Helen Duhamél on 2nd Floor Day Treatment Center.He is survived by his sisters Marion (late Gordon Penrose), Jean (Lyle Smith) and his six nieces. Bob leaves to mourn Shirl, his beloved spouse of 65 years and his daughters Karen (Rick Haig), and Lynn (Marc Lalonde). He also leaves his six Grandchildren Andrée Lalonde (Daniel Maldoff), Dan Lalonde (Maggie Rogers), Genevieve Lalonde (John Erik Rasmussen), Dayna Haig Conway (Drew Conway), Jeff Haig Samantha Beaton), Andrew Haig (Alisha Khanna) and three great-grandchildren, Arlow Conway, Benoit Lalonde, and Henry Haig.  In lieu of flowers, a donation to the Foundation of the Brome Missisquoi Hospital 950 Principale, Cowansville QC. J2K 1K3 or Doctors Without Borders PO Box 1269 Stn K, Toronto On M4P 9Z9 would be appreciated.